“TO TELL THE TRUTH” – ABOUT PLANET X/NIBIRU 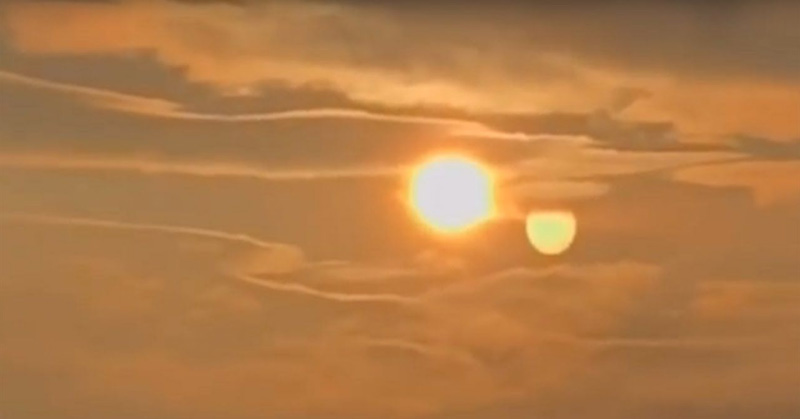 Revealing The Truth About the Two Sun Phenomenon

Since 1956 the television panel game show “To Tell The Truth” aired in various forms on the network and in syndication. It was hosted by game show host, Gary Moore.  There were three panel contestants who were questioned by four celebrity panelists.  The correct contestant to be identified was one who had had an  unusual experience or characteristic.  The impostors were allowed to lie, but the true one had to tell the truth.  At the end, the panelists attempted to identify which one was telling the truth.  (This program last aired in 1977).  Some of the impostors put on a very good act enough to fool the panelists.

What makes it even more confusing and “muddies the waters” even more is the fact you have serious disagreements and divisions between the “true blue” Planet X researchers.  This divergence of opinion has led to considerable confusion in the Planet X community of believers.  We believe there should be more of a sharing of ideas on this topic.  The PlanetXNews.com website is a good effort in that direction, but more could be done between the researchers themselves.  We believe the serious Planet X researchers all have a part of the Planet X “puzzle” and need to come together and share “notes” on Planet X findings to round out and complete the full picture of Planet X.  (This has been our goal here at Diamond Star Research[www.diamondstarlightbeacon.com]; to gather research from all avenues to complete the composite picture of any given topic).

So what is the full and real truth about Planet X?  Is it a “dark star” – a magnetic anomaly?  Is it a “Brown Dwarf” mini solar system?  Is it Nemesis or Nibiru”  Are these entities one and the same or completely different?

First of all, Nemesis is not Nibiru.  One is not the other.  Nemesis is the “dark star” or Brown Dwarf which is only visible in the infrared.  On the other hand, Nibiru is actually a very large planet, one of seven companions, that orbits Nemesis in an outermost orbit.  This comet-planet is most certainly able to be seen in the visible light spectrum.

Further complicating matters is the fact we have some Planet X researchers saying there is a “dark star” (Nemesis, the Brown Dwarf) that cannot be seen and has no companions with it – nor even a debris field with it.  Yet other Planet X researchers say that the Nemesis-Nibiru system is a mini solar system complete with a dwarf star at its center with seven companions orbiting it and dragging a quarter of million mile-wide debris field behind it plus asteroids and comets as well.

Well, for sure it can’t be both.  So which is it?  Will the real “Planet X” please stand up – as they would say on the panel game show.  Let’s take a look at what’s being said.

Terral has said that the “dark star” is like a black hole, a magnetic gravitational anomaly and cannot be seen.  Also that no photographs have been taken of it and there is no evidence (or only “flimsy”) evidence of companions or “second suns.”

Let’s take a look at Terral’s statement from a recent Dark Star Update (#33).

August 13:  Question from Paula to Terral:  “Could it be that the dark star has companions traveling with it?  We think that is the case as with the orbs that are now visible in our solar system.”

Terral’s reply:  (in part) –  After saying:  “We are tracking the gravitational magnetic anomaly from the Leo Constellation …”etc., he states, “I am unaware of any orbiting satellites that would confound the prophecy stating that the destruction comes suddenly like the birth pangs upon a woman with child (Thes. 5:1-5).  After all, if we could literally see this thing coming (we cannot) then the destruction could not come suddenly.  What I do see is a long line of Planet X/Nibiru types posting images of sun dogs and lens flares type photographic anomalies making claims supported by flimsy evidence.”

Flimsy evidence? Really?  While we respect Terral’s very good research on the “dark star,” we need to probe this topic a little deeper.  There is both prophetic and scientific photographic evidence which indicates there is more to this than “flimsy evidence.”  We shall start with the scientific photographic evidence.  While we agree with Terral that the “dark star” – the Brown Dwarf, Nemesis cannot be seen nor photographed in the visible light spectrum – it has been photographed in the infrared via the South Pole telescope in 2008.  This and more is discussed in articles and videos presented by Marshall Masters (who we noticed Terral doesn’t think too highly of either) on his website, www.yowusa.com.   Though the “dark star” – Brown Dwarf, Nemesis cannot be seen except in the infrared, the companions most certainly can be seen in the visible light spectrum.  Proof of this is out there.  If you do not believe this to be true, then view this.   (It must be noted also that as Nemesis comes closer to our Sun, it will become more visible).

If that is not enough try watching this o Suns in the Sky on BBC”].

We have concluded in our research that the two sun phenomenon is very real.  All the evidence we have gathered for this can be seen here.  (Scroll down to the heading:  “The Two Sun Phenomenon”).

As for prophetic evidence for the two sun phenomenon, there is one very good prophecy of the Blessed Virgin Mary – Our Lady of Emmitsburg, who on June 1st, 2008, said we would see two suns in our skies and that it would be a time of change.  We posted this video on our End Times webpage.  But since then we came across a better (more well done) video of this.  See it here.  [“Virgin Mary Speaks of Nibiru (Planet X) Emmitsburg Apparitions”].

The Nemesis/Nibiru system is now entering at the edge of our inner solar system.  The Blue Star Kachina of Hopi prophecy and precursor to the Red Star Kachina (Hercolubus – the Red Comet-planet), is being sighted more and more.

It should be noted here that there is a different Planet X End Time scenario to be considered.  It is explained in this video (at about the 33  minute mark) that the reason the Red Star Kachina will come upon us suddenly and catch us by surprise is due to the fact that most all of Earth’s population is totally unaware this Nemesis is coming upon them (mainly due to the fact the Powers-That-Be have kept it from public scrutiny).  This takes care of Terral’s objection he raised that if it (Nemesis) were to be seen by the population at large, “it would confound prophecy” of it coming suddenly as stated in Thes. 5:1-5.

There is also good evidence showing the complete Nemesis/Nibiru system with a good explanation of the fact that Nemesis is the central object in this system and Nibiru is the large planet in an outermost orbit of this Brown Dwarf-“dark star.”  This can be seen here.

So regardless of what you call Planet X or its system, it is in all reality a “second sun” system.  It is very much a reality and can be seen and photographed.  The confusion on this topic has to end if the full truth is to be known.  We have tried to do this in this article on the PX Puzzle.  But apparently we have to do it again – therefore this article.

So after wading through all the disinformation, misinformation, sundogs and lens flares, we have to sift and discern the true from the bogus and in the end, have the courage “To Tell The Truth.”  The Nemesis/Nibiru system (and it is a mini solar system) is now visible.  As Riply would say, “Believe it or not!”

Remember this:  We need to know the complete and full truth of Planet X in all aspects.  Because what we conclude and believe will affect our survival of this most ominous and imminent threat to our existence upon this Earth  We are facing an Extenciton Level Event (ELE).  Ignore and scoff at your own risk!