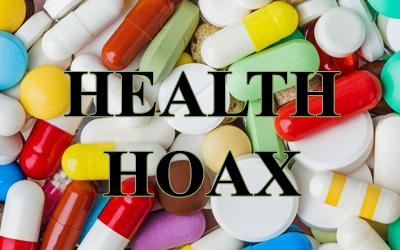 Another very important area to cover is our health.  Health is most important – mentally, physically, and spiritually.   We cannot function properly, we cannot think clearly for long in a poisoned, toxic environment.   The ruination of our health on a massive scale has long been sought after by the Zionist World Elite. It is part of the plan of zero population growth.
In order to pull this scheme off, the One World Advocates through their big pharmaceutical  industries such as I.G. Farben, had to slowly inject poison into the environment  and bloodstream  of the American population and sicken them ever so gradually. This had to be done under the guise of doing it for “our own good.”  Through employing secrecy, deceptive  advertising  of food  and medical  products,  and  of  course through the financial control of all medical institutions, the food industries, farming as well as the government agencies involved in regulating such things, this plan has been highly successful.
There are those who think such a massive, intricate plan on such a large scale is impossible, but there is plenty of evidence to prove that such a plan exists.  As noted earlier, the reason for such a plan’s success is due largely to the use of secrecy, deception and control.  It has been well thought out, carefully planned, and masterfully orchestrated.
The plan to sicken us as a nation is like a script  out of an old  movie.  The one where the husband who is well-to-do and owns a large mansion but seeks to rid himself of his wife, for he has fallen in love with another.
In order to get rid of his wife who has become an obstacle in the pursuit  of his lover, he conspires  with a doctor friend to kill her.  But like the wicked witch of the West in the Wizard of Oz movie, who says, “That’s not what’s worrying me. It’s HOW to do it.   These things must be done DELICATELY!” -he has to figure a way that won’t be detected later.
In order for the owner of the mansion to pull the whole thing off without a hitch, without arousing suspicion, and to gain all the wife’s wealth, he and the doctor poison the wife via medication for a simple ailment.   Over time and through small, almost insignificant  doses of medication (poison), the wife grows weaker until bedridden and in the end finally  dies.   No one suspects a thing for the illness followed a logical course until death with no one the wiser.   Except for the wife, they all obtained what they wanted.
In this fictitious movie scenario, the doctor represents the Big Corporate Pharmaceutical companies and gets well paid for his part in the plot; the husband, who represents the Zionist shadow government, gets his lover (the shadow government gets political prostitutes and accompanying  control);   and then there’s the lover, the political prostitutes, who do the bidding and enable the husband (Zionist shadow government) to gain full control over the lives of all in the household which is the nation and its people, to enslave and exploit for their own benefit.
In this whole scenario, the only one who does not benefit,is the poor sick wife (representing the nation’s people) who is sacrificed on the altar of greed and perversion. The wife representing  the American people now find themselves much sicker today than years ago. As noted earlier this has been carefully planned to be this way by the powers-that-be.  It has not happened by accident.
One of the major reasons for the gradual decline in health is due to the industralization of America in the 19th century. There was a move of the rural population to the big city as advances in industry were developed.   This industralization was largely centered around the petroleum industry which quickly came under control of the Rockefeller family and the rest is history.
In conjunction with this control of the petroleum industry, came the control of medicine.  As we noted in our previous work on the Apocalypse, “years ago man was treated with natural medicine derived from animal, vegetable, and herbal sources.   Such medical sciences were known as homeopathy or naturopathy.   These methods have been suppressed in this country for years by the medical establishment.” MARIAN APPARITIONS AND APOCALYPTIC RESEARCH: from the chapter,”Health Dangers and Discoveries,” p 124).
Here too, the Rockefeller industry gained control of the American Medical Association (AMA) which was founded in 1846 to counter the natural health establishments coming in to prominence in the 1830’s and 1840’s.  The AMA allied with the pharmaceutical industry in the 1890’s and the early 1900’s, overtook the natural health doctors who were considered “quacks.”  In the 1940’s came the development of the “wonder” drugs to dominate modem medicine.  (Incidentally, like it or not, though some medical doctors are well-meaning good folks, they run the risk of becoming the real”quacks” as they have no control over the system).
Though natural health remedies in recent decades have made great strides and a considerable comeback, the giant Pharmaceuticals  wield the greatest  control and have instigated misconceptions about health. They have engineered a cleverly designed health hoax to fool the people. The media has always played a big part in this. In fact, the media makes it possible to hoodwink the population. Though we have covered health somewhat in our other works and to a limited degree in this four-part work, we need to cover several areas pertinent to our study.