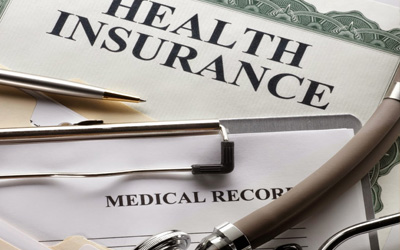 The health care system is in reality a sickness management system. The system has been transformed from within from one of health protection and prevention of disease, to one that actually causes people to become sick with various illnesses. This situation is in tum made worse as more sickness and disease is developed by so-called “side­ effects.” The drugs administered by the doctor produce more side­ effects leading to more illness and “new” diseases. The drug used to

treat the original illness simply “chases” the symptoms back into the body, thus illness is not cured but repressed with toxins being embedded in organs, bones, and other body tissues, only to resurface later as another, sometimes worse illness. That’s the plan.  Remember the old movie scenario of the doctor, the husband and his sick wife who he wished to eliminate. That’s the end-game plan: to eliminate as many people as possible, 80% according to the globalists’ own statements and documents.

Keep the above facts and the globalists’s stated goals of people reduction in mind as we present further evidence of their end-game plan.  According to the research of Byron Richards, the FDA has adopted a policy designed to:

About the above FDA program outlined in Richards’ book, he says, “Evidence shows that the FDA is basing these decisions on profits for drug companies, not on public safety. The FDAhas changed sides. Itis no longer operating on the charter that gives it legal authority. This is abuse of constitutional power.”   (FIGHT FOR YOUR HEALTH by Byron Richards,p 36).

Richards’ research has been very revealing concerning the plan to control Americans and keeping them sick while eliminating a sizable portion of the population. Again from Byron Richard’s research,several points are listed in the plan which will be firmly established within the next five to ten years (approximately 2011-16).

According to Richards’ research, all these above points are now well underway. No wonder the FDA is attacking natural health while FDA approved drugs are killing 100,000 Americans a year and sending 1.6 million   people  to  the  hospital   with  adverse   reactions.  Richards concludes, “My extensive investigation  into this issue shows that the FDA’s actions are part of a much broader campaign to control health. The attack on the natural-health  industry is intentional. It is part of a larger attack on many of your rights.” (Ibid, p 6).

There is much more indeed, to this plan and it has to do also with our food. Just as Big Pharma has controlled the health care system, turning it into a sickness management industry, Big Food is doing a similar thing with our food turning healthy foods into disease-producing foods.

Big Food in cooperation with Big Pharma has,under the direction of Big Brother, worked to destroy our health food and food supplements.

New Zealand General Health Statistics:
16% have asthma.
60% are seeing their doctors two to five times a year.
69% are taking at least one prescription drug.
40% are being treated for long-term or debilitating illness.
43% die of heart disease.
48% of males and 36% of females have excess central obesity.
8,842 new cancer cases in women.
7,689 cancer cases in men.
27% of the population die of cancer.

[All  information  has been  gathered  from  Australian  Institute  of Health and Welfare, New Zealand Health Information Service, British Heart Foundation, UK Cancer Research, Canadian Cancer Society, Centers For Disease Control, and the National Cancer Institute as reported in HOW TO SURVIVE ON A TOXIC PLANET by Dr. Steve Nugent,pp 59,60,61).

The above figures indicating an increasingly sickened population, is due  to  several   factors:  pollution   of  the  environment   with   toxic chemicals, radioactivity, etc.; preservatives and other toxic ingredients in food as well as irradiated, microwave foods; genetically altered foods, etc., etc., ad nausea. Big Brother through Big Pharma and Big Food has taken control of the health food movement. The attack on natural health foods and supplements has been twofold: Weaken the health benefits of food supplements to the point where they are pretty much useless and second, control supplements through regulation.

On the  first  point,  Dr. Steve  Nugent,  an  internationally-known expert in the therapeutic  use of dietary supplements  and leading  re­searcher in the connections between environmental toxins and diseases, states, “I found the majority had no value that we could document by conventional tests (such as changes in blood or urine).” (Ibid, p 11).

More than 6,000 dietary supplements were tested.

So what supplements aren’t watered down to the point of uselessness are so highly regulated and controlled so as to be pretty much unavail­able.The most effective natural supplements are on the list to be banned from use by Big Brother. In addition, independent production of food, especially by natural means, is to be highly controlled.

* Codex Alimentarius. The idea of a uniform food standard for the world  allowing  the free  flow  of  food  goods  between  countries,  is actually a noble concept. However, Codex Alimentarius  is actually having the opposite effect from its stated purpose. Just as in the false “War on Drugs”  and the false “War on Cancer” have not solved the problem,throwing more government money at the problem- so the same with Codex.

Codex Alimentarius is Latin for “Food Code.” It has been, and is an ongoing process of setting standards covering many different categories of food.The Codex Alimentarius Commission was created in 1963 as a result of resolutions passed in 1961 at the Food and Agriculture Organization  (FAO) Conference. It is now  sponsored  jointly by the World Health Organization (WHO) and the FAO under the U.N.and has some 27 active committees dealing with various food issues and food supplements.

Codex Guidelines for vitamin and mineral food supplements are evi­dence  of  a rigged  system  from  the  beginning  in  limiting  both  the quantity, quality and availability of food and food supplements. It’s a case of bureaucratic “heads I win, tails you lose.”

Codex Alimentarius  is a set of international  trade standards  sup posed to protect food quality and the health of consumers and ensure fair practices in the food trade.In reality it is a control mechanism to bring all foods and food supplements as well as related products under the supervision of Big Pharma.

The U.N.-aligned  Codex Alimentarius  Committee  is interlocked into the One World Free Trade groups such as NAFTA, CAFTA, etc.The Round Table’s CFRffC/Bilderberg Combine  is seeking to harmonize and regularize all Codex guidelines (controls) into the international trade agreements  that will act as a collective  net to benefit the One World Advocates at the top.

The process to stifle domestic national markets in food goods and food supplements is aleveling mechanism called “harmonization., “Importantly, though, harmonization  of food standards is not just a Codex process but is a deliberately-planned interlocking process being fitted together through a number of treaties, ‘agreements,’ and regulatory ‘handshakes’ that, once in place, will make it nearly impossible for any countries’ citizens to shake themselves free of this straighljacket. These harmonization processes include, but are not limited to, the World Trade Organization, the Sanitary and PhytoSanitary (SPS) agreements, the Technical Barriers to Trade (TBT) agreement, the North American Free Trade Agreement  (NAFTA),  the Central American  Free Trade Agreement (CAFTA), the Trilateral Cooperation Charter, and the planned NorthAmerican Union (NAU).

“And if any of you are still under the illusion that any government, but  especially  the  American  government,  is  a  supporter  of  health freedom rights in any way, then you need only look to the actions and words of the FDA.This Agency has not only announced its intention to harmonize U.S.laws and regulations to international standards but it has been acting upon the World stage for years to do just that. It does not matter to the FDA that the Dietary Supplement Health and Education Act of 1994 (DSHEA) was passed by Congress in order to protect certain of the health freedoms of Americans. The FDA has always hated this law, which removed FDA’s arbitrary enforcement powers (but not, as is often claimed, its regulatory powers), and has seen that although it cannot yet directly repeal DSHEA, it can and will outflank DSHEA through harmonization  with anti-freedom  rules, regulations,  and ‘guidelines.”‘ (CODEX   ALIMENTARIUS:  GLOBAL  FOOD   IMPERIALISM compiled & edited by Scott Tips, pp v & vi).

Furthermore,  according  to the Natural Solutions  Foundation,  the Codex facilitates the following:
1.   By restricting antitoxidants, it helps the Allopathic Medical establishment (Big Pharma) to maintain prevalence.

4.  Allows for unlabeled genetically modified ingredients (GMO’s) into the grocery food chain.Thus we have GMO’s by stealth.

The conclusion to be drawn is that Codex Alimentarius serves not to protect nor profit the people. In fact, it serves to sicken the populace facilitating the population reduction plans of the One World Advocates.

Obviously because of all the above, there is a definite need to opt out of this One World Codex agenda.  Enter the Amish Solution.