THE APPROACH OF PLANET X 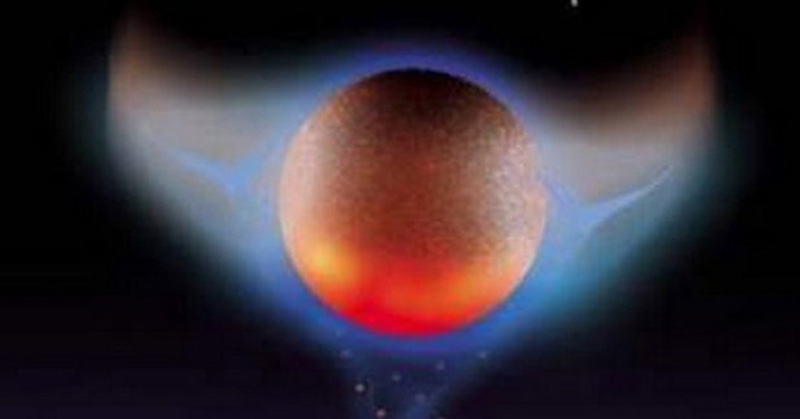 Planet X, as noted in Volume 4, is a rather dim reddish comet-like object. As to seeing it, one has to be in the right place at the right time with the right equipment. This is why NASA and ―our‖ government used a C-130 aircraft to transport what is now known as the South Polar Telescope (with infra-red seeing capabilities) to Antarctica. This is a top-notch infra-red telescope that is being used to continuously track the movement of Planet X.
One has to understand that seeing the dust-shrouded Planet X in the visible light spectrum is like looking for a needle in a haystack. However, in the infra-red light spectrum, Planet X has a powerful infra-red signature and is much easier to see and track.
As to calculating where Planet X will be at any given time is hard to pinpoint. Author and researcher, Zecharia Sitchin pointed out that the actual orbital period for comets, especially for one with an approximate 3600 year elliptical orbit, is untenable. Even Halley‘s Comet with an approximate orbital time of 75 years varies from 74 to 76 years or so. This is why scientists must create an ephemeris, an astronomical table that predicts where an object will be at any given day of the year. To track an object, like Planet X, for a few years is not enough. Such an object must be tracked as often as possible, better yet, continuously. With the South Polar Telescope they can do that.
Where will the Earth‘s relative position be to Planet X, during the coming flyby? There is really no way of accurately calculating this especially at this time. Planet X has crossed our solar system in times past and disturbed life on Earth before. The worst case scenario is what is called an ELE (extinction level event), like that of Noah‘s Flood. Then there are varying scenarios less severe down to the mildest scenario, like at the time of the Exodus. These two events are dramatically different due to the position of Earth in its orbit relative to Planet X as it flew through the solar system. If we are fortunate, the Earth‘s position in its orbit will be on the opposite side of the Sun when Planet X makes its inbound leg, crossing the ecliptic, and also on its outbound leg back out towards its aphelion (furthest point from the Sun).
However, the worst damage to Earth will not occur from the flyby of Planet X but from the interaction between it and the Sun when Planet X reaches its perihelion (the closest point to the Sun). Planet X could well be the triggering mechanism to cause the Sun to have massive flare-ups, mass coronal ejections, or even to nova. If the Sun novas at this time, this could be the beginning of the Purification prophesied to happen. (Incidentally, one more name for Planet X, according to the Hopi Indians, is ―The Purifier‖).
Planet X thus far has been extremely difficult to see in the visible light spectrum, but that is about to change. As Planet X comes closer to the Sun, it will slowly brighten making it more visible.
As to where Planet X is at this time: As of late March, 2009 it was forecasted to be approximately 11.4 astronomical units from the Sun. (An astronomical unit is the approximate distance from the Earth to the Sun). It has been calculated that Planet X passed directly below the orbit of Mars sometime in late 2009 or early 2010.
To determine Planet X‘s position several criteria were used in formulation of a forecasted position. These include:

* Orbit perturbations of the outer planets.
* Temperatures of the cold outer planets rising beyond seasonal effects.
* Electrical phenomena around planets and comets.
* Observations of the Sun unleashing plasma towards a single direction.
* Recent southward deformation of the Earth‘s magnetic field.

Any images showing objects very near the Sun are not showing Planet X. Planet X is nowhere near the Sun at this time. The two suns phen-omena presented in Volume 4 is some other phenomena, as of yet unde-termined.
As for best places of observation of Planet X (besides Antarctica, of course which is THE best place for viewing) are in the southern latitudes in the southern hemisphere. However, as Planet X comes nearer our position in the course of 2011, it will increase in brightness and become more visible to all on Earth. Here are the South latitude positions for viewing Planet X.