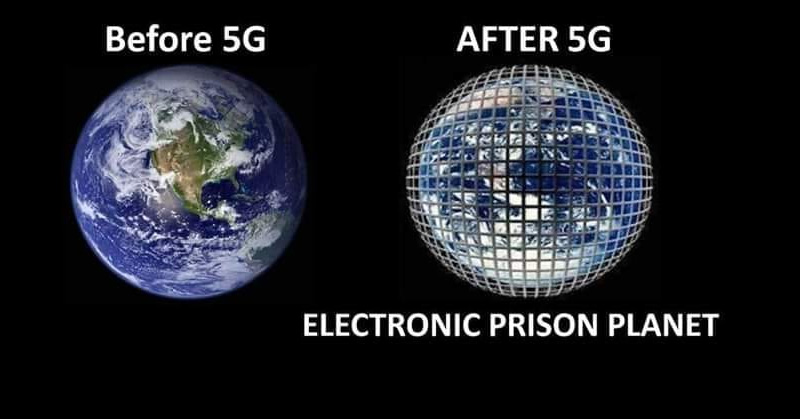 As of this writing, the American people as well as most people of other nations, are under a highly sophisticated surveillance and control operation that monitors and manipulates their minds while keeping everyone tracked, traced and databased. An incredible amount of information is being gathered by “Big Brother” as he watches you and monitors your every move.
Remember, the name of this end-game being carried out on the unsuspecting is the game of control. Such complete CONTROL can only be had if people’s minds are controlled; their habits monitored and manipulated in the desired direction. This can only be fully accomplished through electronics. Essentially people today have increasingly by increments been put under a state of surveillance in an electronic prison-planet.
The electronic technology today is NOT to make life easier for you but to CONTROL YOU! WAKE UP TO THE DECEPTION!
This Shadow Government control is employed through the use of the electronic media and other electronic devices we use every day supposedly to make life easier but as we shall see this is not the case. These electronics include the internet (especially facebook), high-definition television, cell phones and similar devices, computers, media game players and similar devices. All these technologies contain a means to track, trace and database you wherever and whenever via RFID chips, biometrics, hidden cameras and microphones and even surveillance drones and more.
Since we have already covered most of these methods of surveillance in our other volumes, we present only the latest surveillance technology especially in regards to its use during the coming Great Tribulation period. It is for this tribulation period that this technology was invented – not to serve our needs but to keep us subjugated and under constant control via police state surveillance.
Here are some of the main technologies now being implemented for our control.

*Reverse Interactive Technology. All electronics technology today can be used in reverse. (Keep in mind fiber optics enables such technology to carry millions of signals at once). All television sets made after 1992 have this picture tube-camera tube reverse interactive technology and can enable “Big Brother” to watch you.
This two-way viewing reverse technology is made possible because a picture tube is used in television to convert electrical signals into light which is used to display images on the screen. It mainly uses an electron gun that focuses electrons on a phosphorus screen to produce light images.
A camera tube works in reverse of this. It can convert light into electrical symbols. It is used in cameras using photosensitive materials to convert light (and light images) into electrical signals.
When reverse technology is applied, one can do the function of the other because a picture tube and a camera tube are the exact opposites of each other. This is called interactive reverse technology.
According to Fresh Patents Online website, each imaging element is fitted with a lens that does not interfere with the display elements. The imaging electron gun can display a pixel of information, either alone, or in combination with other display elements – thus the array of image elements located within the display area: the television screen. Each element (used in the camera mode) is able to capture images in front of the television set, namely the viewer or viewers. So while you are watching your favorite program, Big Brother is watching and even listening to you for there are even microphones embedded in such electronics.
Soon television technology will be capable of projecting a 3-dimensional image (a hologram) into your home.
This interactive reverse technology is in every high-definition TV screen and is increasingly being put into computer screens. The computer company, Apple, has developed a screen that takes pictures while showing images. This is made possible by inserting thousands of microscopic image sensors in between liquid crystal display cells in the screen. Each sensor captures a small image and the software “stitches” these images together to form the larger picture.
The more sensors there are the wider and clearer the image. Usually the number of sensors are equal to the number of liquid crystal cells. Some sponsors have different focal lengths. Switching between them would make the screen behave like a zoom lens.
The other technology being employed is called silent sound spread spectrum (SSSS), also called S-squad technology by the military. (This technology is covered in volume 5: Apocalyptic Climax, p 93, “The Sounds of Silence”). We present an update to this research here.
All high-definition TVs (HDTV) have the reverse interactive “Big Brother” watching you technology incorporated into them. These television screens are much more advanced in the use of both this Big Brother watching you technology and the silent sound spread spectrum technology. (This SSSS technology is to be used for mind control of human subjects especially during the time of the Antichrist. This relates to Project Blue Beam – see Appendix B).
Then there are those oh-so-easy to obtain digital converter boxes that convert the analog signal (on which the SSSS technology can be detected as white noise) into a high-definition signal (on which the SSSS technology cannot be detected at all). These converter boxes have another little secret that Big Brother does not want you to know about. It has a microphone and a camera lens installed in it. (One fellow did not believe this when he was told this by a friend. So to prove his friend wrong, he took his Magnovox digital converter box apart and, low and behold, there they were: a camera and a microphone as plain as could be).
This technology is made by the corporations who are in league with Big Brother to keep you in a surveillance state. Did it ever cross your mind why Big Brother government was so concerned that everyone have a nice crisp clear television picture even to the point of helping you obtain one (or a converter box) by underwriting most of the cost on your behalf? It’s called CONTROL! The $40 subsidy per TV times the 200 million “regular” TV sets to be converted that would come to about 8 billion dollars. But this SSSS technology is not just for America but for the entire world so everyone can have a nice crystal clear view of the Antichrist when he appears on TV during the coming tribulation period. (Keep in mind all HDTV sets worldwide can be controlled by one computer in one room by the Powers-That-Be).
Here are the HDTV switchover dates for countries across the world.
• 2006: Luxumbourg, Netherlands, Singapore.
• 2007: Andoria, Switzerland, Austria.
• 2008: Estonia, Finland, Belgium, France, Germany.
• 2009: United States, Norway, Denmark, Israel.
• 2010: Spain, Croatia.
• 2011: Canada, South Africa, Greece, Japan.
• 2012: Czec Republic, United Kingdom, Ireland, Portugal, Italy, Slovakia, South
Korea, Hong Kong, Bulgaria.
• 2013: Hungary.
• 2014: Poland.
• 2015: Malaysia, Philippines, China, Russia, Ukraine.
• 2016: Brazil.
• 2021: Mexico.

Quite a number of countries are listed as “ongoing” or “in progress.” These include Argentina, Chile, Columbia, Honduras, Namibia, Kenya, and Saudi Arabia.
There is only one country listed as not being in the project: Greenland. Some countries are not mentioned such as Iceland. The reader can see that most of the world’s nations are slated to have this SSSS mind control Big Brother watching you technology in place by the time the Mark of the Beast system is in place in the later part of what could be the climax of the Great Tribulation period.