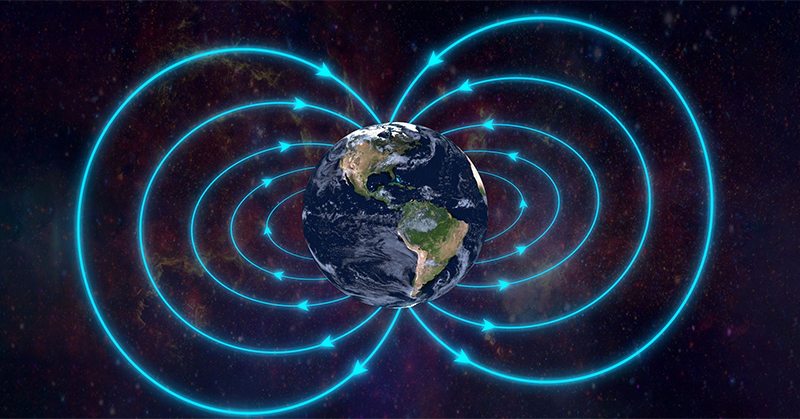 There are those who put dates on the Planet X (Nemesis-Nibiru) system arrival.  But the emphasis should be on the real indicators of its arrival, the ever increasing and intensification of Earth changes now occurring.  Several Earth changes that are now ongoing are indicators of increased Earth wobble which in turn should tell us a pole shift event is imminent.  All this indicates to us that the Nemesis-Nibiru system has arrived in our neighborhood, the inner solar system.  In fact, some researchers such as Marshall Masters of www.yowusa.com, say that at least Nibiru itself has crossed the orbit of Earth on the other side of the Sun and is approaching perihelion (closest point to our Sun) in its orbit.

We know that Earth wobble has been with us for a few years now with the Inuit Elders warning NASA about it as revealed in this video.  [“Earth Axis Has Shifted and the Sky Has Changed.”]

However, within the past few months it seems the Earth wobble has gotten much greater with a shift of about 8 degrees north.  Interestingly, the 2017 storm track has shifted about 8 degrees north as well as shown in this video.  [“Earth Tilting South – Sun Too Far North – Proof Michiga…]

This Earth wobble has intensified even more within this last month (August) and so has the extreme weather.  What has happened along the coasts of South America has shown how intense this Earth wobble phenomenon has become.

The “Spring” tides and “King” tides mentioned in these Higher Truth videos are not normal.  They are for certain, an End Times phenomenon that has manifested and increased within the last decade or so.  They are definite indicators of Earth wobble (and the beginning of pole or axis shift) and thus indicators of the Planet X system arrival in our inner solar system.  Such Earth wobble tides along coastlines caused by the presence of a celestial intruder is the very things warned of in an old prophecy of Saint Hildegard (1098-1179).

“The Comet by its tremendous pressure, will force much out of the ocean and flood many countries, causing much want and many plagues.  After the Great Comet, the great nation will be devastated by earthquakes, storms, and great waves of water, causing much want and plagues.  The ocean will also flood many other countries, so that all coastal cities will live in fear, with many destroyed.  All sea coast cities will be fearful and many of them will be destroyed by tidal waves, and most living creatures will be killed and even those who escape will die from a horrible disease.

“For in none of these cities does a person live according to the laws of God.”

This reminds us of what devastation Hurricane Harvey caused and all the tidal flooding in various parts of the world with areas permanently under water causing inhabitants to seek higher ground.  These King tides will only get worse as will all other Earth changes as this Planet X system gets closer.  (See our article: “Signs of the End: The Coming Great Comet”).   [www.diamondstarlightbeacon.com/articles_archives2014.htm.]

Major Ed Dames and others have indicated that Planet X will become naked-eye visible late this year – November-December when it comes out from behind the Sun.  As it makes its way on its outbound journey, it will pass between our Earth and the Sun.  That is when “all hell breaks loose,” as some researchers have said.  This triggers the seven years of tribulation where the Earth “staggers as a drunken man.” (Isaias 24:19). This is when cataclysmic changes take place.  [See our article: “A Nemesis-Nibiru Induced Tribulation: The Advent of the Antichrist.”]  [www.diamondstarlightbeacon.com/PlanetX.htm.]

We want to point out that while there are celestial warning signs this Autumn (the Sign of Virgo – September 23), with Nibiru becoming naked-eye visible this winter as has been stated, the catastrophic influence from this celestial intruder won’t be felt until the Spring of 2018 as it passes between the Earth and the Sun.  A springtime “Great Warning” event has been prophesied by several Catholic mystics.

So the catastrophic passage of this celestial intruder in Spring 2018 is dependant on the Autumn signs of 2017 and the Winter visible manifestation of this object before this event can actually come to pass.  We are not saying this event will come to pass in Spring 2018 but that if the Autumn signs and winter manifestation of this object comes to pass then a 2018 event is very likely.  We cannot be certain as to just when this event will occur – but occur it will – it is wholly dependent on the “signs on Earth and in the heavens.”

We do know the “Great Warning” (also known as the Great Illumination, the minor Chastisement, the minor Judgment and other names) is a shift in consciousness to a higher vibrational state of being, has been prophesied to occur in the early Spring months of the year.  This matches a spring passage of Planet X.  This begins the tribulation period and the Great Illumination (God’s Warning) causes all to see their own souls as God sees them so it behooves us to get our spiritual “houses” in order.

It follows then that the Powers-That-Be knowing what is coming, will cause an economic collapse and societal chaos anywhere from three to six months in advance of this springtime event. Whether this all pans out as outlined above remains to be seen, but it does fit the 2015-2020 window of passage for Planet X as given by government insiders way back in 1989.  So we will just have to wait and see how accurate the above scenario is.

For sure, the best way to tell of this impending cataclysm is by its signs and indicators (Earth changes).  So don’t worry about dates as the real indicators are the major signs of Earth wobble and “King” tides as well as seismic and volcanic activity and extreme weather intensifying.  Time is for sure, shortening as this celestial intruder moves ever closer to perihelion so prepare now as time is fast running out!