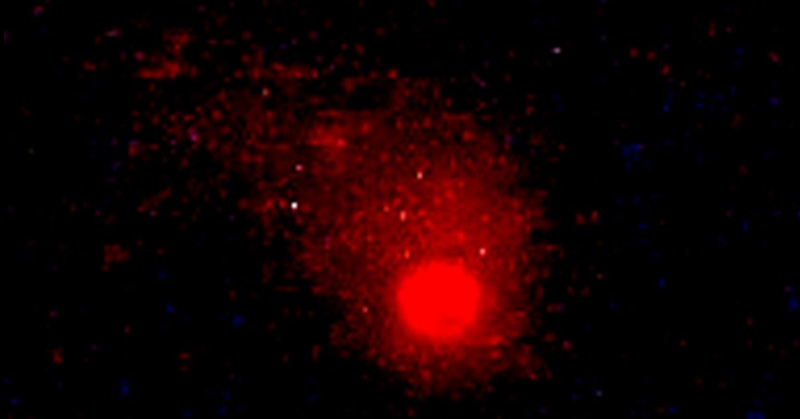 What follows may seem a little over the top but this website has received word from a very reliable clairvoyant friend. Our friend accurately foresaw the invasion of Iraq and the mess that it has turned into. He also foresaw a military clash with Iran, long before it seemed remotely possible.

More importantly however, he also “sees” the approach of Planet X. Expect its arrival sometime in the latter part of 2012.

A letter from a Norwegian politician
http://projectcamelot.org/norway html#1

The following message was received by us shortly after we posted our tribute page to Benazir Bhutto. Although we cannot attest personally to the information given here, we feel in good conscience that we cannot and must not keep this from publication.
The person who wrote this message to us did so under their own name (which we have checked), and enclosed a number of photographs of them with the Prime Minister of Norway and (separately) with Benazir Bhutto. We are certain of their bona fides, but you will understand that we cannot reveal their real name or publish any photos without consent.
The content of this message, if true, could hardly be more important.
(Edited for grammar and spelling errors where needed to ensure full clarity. As a preface to the message, the writer apologized for their English, which is not their language.)

I am a Norwegian politician. I would like to say that difficult things will happen from the year 2008 till the year 2012.
The Norwegian government is building more and more underground bases and bunkers. When asked, they simply say that it is for the protection of the people of Norway. When I enquire when they are due to be finished, they reply “before 2011”.
Israel is also doing the same and many other countries too.
My proof that what I am saying is true is in the photographs I have sent of myself and all the Prime Ministers and ministers I tend to meet and am acquainted with. They know all of this, but they don’t want to alarm the people or create mass panic.
Planet X is coming, and Norway has begun with storage of food and seeds in the Svalbard area and in the arctic north with the help of the US and EU and all around in Norway. They will only save those that are in the elite of power and those that can build up again: doctors, scientists, and so on.
As for me, I already know that I am going to leave before 2012 to go the area of Mosjoen where we have a deep underground military facility. There we are divided into sectors, red, blue and green. The signs of the Norwegian military are already given to them and the camps have already been built a long time ago.
The people that are going to be left on the surface and die along with the others will get no help whatsoever. The plan is that 2,000,000 Norwegians are going to be safe, and the rest will die. That means 2,600,000 will perish into the night not knowing what to do.
All the sectors and arks are connected with tunnels and have railcars that can take you from one ark to the other. This is so that they can be in contact with each other, only the large doors separate them so that the sectors are not compromised in any matter.
I am very sad. Often I cry with others that know that so many learn too late, and then it will all be over for them. The government has been lying to the people from 1983 till now. All the major politicians know this in Norway, but few will say it to the people and the public because they are afraid in case they too will miss the NOAH 12 railcars that will take them to the ark sites where they will be safe.
If they tell anyone, they are dead for sure. But I don’t care any more about myself. Mankind must survive and the species must survive. People must know this.
All the governments in the world are aware of this and they just say it is going to happen. For those of the people that can save themselves. I can only say reach for higher ground and find caves up in the high places where you can have a food storage for at least five years with canned food and water to last for a while. Radiation pills and biosuits are also advisable if your budget allows it.
For the last time I say may God help us all… but God will not help us I know. Only each person individually can make a difference. Wake up please…!
I could have written to you using another name but I am not afraid of anything any more. When you know certain things, you become invincible and no harm can come to you when you know that the end is soon.
I assure you 100% that things will happen. There are four years to prepare for the endgame. Get weapons, and make survival groups, and a place where you can be safe with food for a time.
Ask me anything and I will answer as much as I know about the Norwegian connection to all this. And just look around: they are building underground bases and bunkers everywhere. Open your eyes, people. Ask the governments what they are building, and they will say “Oh, it’s just storage for food”, and so on. They blind you with all the lies.
The marks of the alien presence are also there, and I often see the Norwegian elite politicians are not what they say they are. It’s like they are Controlled in every thought, and what they have to say is just as they are told to do things in such manners. It is clear for me who they are, and who they are not. You can see it in their eyes and in their minds.
Remember that those who are going to be in and around the city areas in 2012 are those that are going to be hit first and die first. Later the army will purge the rest of the survivors and they have a shoot to kill order if there is any resistance to bring them into the camps where every one will get marked with a number and a tag.
I also see that Benazir Bhutto is spoken of on your site. Her death was tragic. I have met Benazir, as you can see. You will also see from the photographs that I have met with a number of other notable politicians and world leaders.
The pubic will not know what happens till the very end, because the government does not want to create mass panic. Everything will happen quietly and the government will just disappear.
But I say this: don’t go quietly into the night. Take precautions to be safe with your family. Come together with others. Work together to find ways to solve all the many problems you will face.
Kind regards
[Name and proof of identity supplied]
For more follow the link above.

Comment – January 6, 2008
It’s important to point out that two separate sources have alerted us to a key element pertaining to the above: namely the likelihood that Australia will be a relatively safe zone from which rescue and recovery efforts will be launched planet wide.
Danger zones will be the east and west coasts of North America and south and central England. It is for this reason that the UK authorities have allowed such a large-scale influx of immigrants in recent years, most have congregated where there are better employment opportunities – in south and central England.
In essence, individuals in key positions have enabled immigration policies that have quietly encouraged a massive influx of immigrants: so as to pack them into a critical danger zone and thereby effectively sacrifice as many people as possible. It also explains why the Bush family and Sun Moon have bought extensive tracts of land in Northern Paraguay, another relatively safe zone.        ** Last updated 12/04/2009