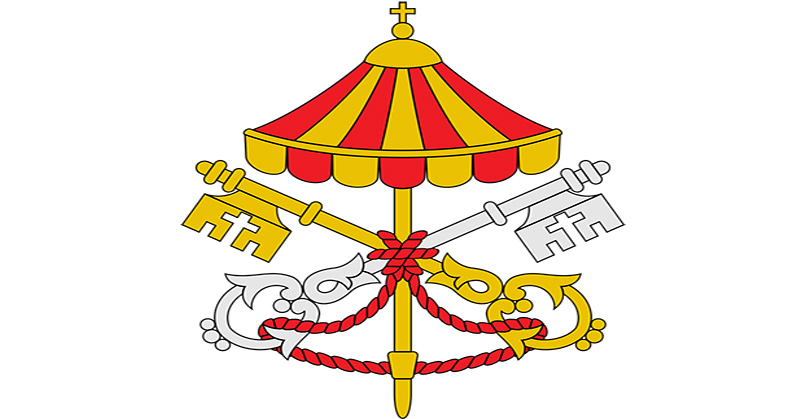 The term, “sedevacantism,” comes from the Latin root word sede vacante which simply means the See or Chair of Peter is vacant.  This happens after the death of a pope and before the election of another.  This also happens when an antipope has been “elected.”  The word, “sedevacantism,” has a negative stigma about it which, we believe, was purposely created to keep the truth about it and what truly happened in 1958 and since hidden.  People are more easily controlled if they don’t know the truth, especially about Church history and its teachings.  Opposing the sedevacantists are the “Recognize and Resist” crowd who “resist” what their “pope” is promulgating but nevertheless recognize him as the true head of the Church.
For years we here at DIAMOND STAR RESEARCH were a part of the “R & R” group.  It took us years to understand and realize that most all of the Catholic journalists of the late 20th century and early 21st century were controlled opposition put there deliberately to deceive Catholics about the false Vatican II sect.  For this researcher it wasn’t until the resignation of Joseph Ratzinger (Benedict XVI so-called) that he learned of the real truth.  On a Coast-to-Coast radio program hosted by George Noori was when our awakening began.  The guest on the program was John Hogue who although Protestant, was one who kept up on the goings on of the Vatican.  This was at a time when there were all kinds of speculations on who was to be the next “pope.”  Towards the end of the program George Noori opened the phone lines for questions to his guest.  John Hogue was very hard on the callers and even quite rude.  This researcher did not like how he treated the callers.  One caller in particular, was getting pretty frustrated so he asked George Noori if he could give out a couple of websites.  George being the gracious host that he was, said, “Sure, go right ahead.”  The caller promptly did so.  One of those websites was www.thepopeinred.com.  This researcher promptly looked these sites up and a whole new world opened up to him.
After that revelation we became sedevacantists and began to research in-depth that subject.  After a five year study we released our findings in our book, “The Church in Eclipse: the Pope in Exile”  in 2018.  We also investigated the background of one Jorge Mario Bergoglio and put our findings in a small book called “An expose’ on Jorge Mario Bergoglio: A Compendium of Articles” in 2020.  We also did a study on the false and counterfeit church known as the Vatican II Novus Ordo.  This was put into a small book, “True Church Versus False Cburch” in 2021.  [See our Publications page.]
However because of this researcher’s background: being the son of the Necedah mystic; being one who for years was a “Recognize and Resist” traditionalist and because of his research into things like UFOs and Planet X and other such things, he was not liked in certain quarters.  The Marian apparition minded folks didn’t like him because of the Necedah apparitions. (You were not allowed to bring up Necedah amongst the Novus Ordo people because Necedah was “unapproved”).  Now the R & R group don’t accept him because he’s a sedevacantist.  Believe it or not it seems quite a few sedevacantists don’t accept him because of his past association with “R & R” and because of his research on  prophecy but especially Necedah.
[NOTE: Necedah’s early messages *1950s) we have documented and ring true. [See pdf: “Trial By Deception: The Truth Denied” that tells the real story.]  However, in the era of Vatican II, it seems Necedah began to support the Conciliar “popes” which we cannot support for we have documented evidence that these “popes” are false.]
So it hasn’t been easy pursuing the truth regardless where it leads you.  But we can’t help where we originated from and we can’t help our history but we can learn from it.  We maintain that the sedevacantist position is the true position to take in the crisis that now exists.  Sedevacantism is simply True Catholicism without a pope on the Chair of Peter. We have also researched the vitiated conclave of 1958 and know that Cardinal Siri was truly elected pope.  We have researched the two Sister Lucys as well.  We are not very popular for this either.
For a better understanding of the sedevacantist position see the following:

“The Gates of Hell and Sedevacantism” by Steven Speray.  www.stevensperay.wordpress.com.

Video: “Stuck in a Rut: Anti-Sedevacantism in the Age of Bergoglio”  by Rev. Anthony Cekada.  www.fathercekada.com.

“Recognizing That You Can’t Resist.”  www.introiboadaltaredei2.blogspot.com.